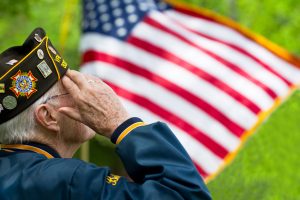 Almost 50 years ago, the last of the men and women who fought in the Vietnam War came home. Instead of the hero’s welcome they deserved, they often faced hostility when they landed back on American soil. Consequently, many Vietnam vets who were physically injured and mentally traumatized as a result of their service suffered in silence for decades after they returned home. Now, many Vietnam vets are entering their retirement years and many are still suffering from Post-Traumatic Stress Disorder (PTSD). In fact, many have yet to be properly diagnosed. A Bath veterans benefits attorney at the Law Office of Michael Robinson, P.C. discusses what veterans need to know about PTSD.

What Is Post-Traumatic Stress Disorder?

Post-traumatic stress disorder (PTSD) is a mental health condition that’s triggered by a terrifying event — either experiencing it or witnessing it. Symptoms may include flashbacks, nightmares and severe anxiety, as well as uncontrollable thoughts about the event. Post-traumatic stress disorder symptoms may start within one month of a traumatic event, but sometimes symptoms may not appear until years after the event. These symptoms cause significant problems in social or work situations and in relationships. They can also interfere with your ability to go about your normal daily tasks.

Although Post-Traumatic Stress Disorder has been around for ages, it was not officially recognized as a legitimate disorder until relatively recently. Historically, soldiers who were clearly suffering the effects of war were referred to as “Shell Shocked.” Sadly, the symptoms of Shell Shock / PTSD were often mistaken for cowardice. PTSD was not officially recognized until 1980 when the American Psychiatric Association added PTSD to the Third Edition of its Diagnostic and Statistical Manual of Mental Disorders. It wasn’t until 1989 that a Congressional Mandate (PL 98-528) addressed the needs of Veterans and other trauma survivors with PTSD. It took another two decades though (in 2010) before the Veterans Administration finally reduced the medical evidence needed by veterans who were seeking health care and disability compensation for PTSD. Now, veterans suffering from PTSD benefit from faster and more accurate decisions and quicker access to medical care.

PTSD symptoms are generally grouped into four types: intrusive memories, avoidance, negative changes in thinking and mood, and changes in physical and emotional reactions. Symptoms can vary over time or vary from person to person. You may have more PTSD symptoms when you’re stressed in general, or when you come across reminders of what you went through. For example, you may hear a car backfire and relive combat experiences. Other examples of PTSD symptoms include, but are not limited to:

What Type of Treatment Is Available for Veterans with PTSD?

According to the VA about 5.2 million adults have PTSD during a given year and about 30 percent of Vietnam veterans have suffered from PTSD at some point during their lifetime. The VA is finally taking a pro-active approach to treating veterans suffering from PTSD. In 2011, 476,515 veterans with primary or secondary diagnosis of PTSD received treatment at Department of Veterans Affairs (VA) medical centers and clinics.  Treatment for PTSD may include Talk Therapy which can include three different types of counseling:

Medication therapy is also an option for veterans with PTSD. Some of these medicines are used to treat symptoms of depression and anxiety, including selective serotonin reuptake inhibitors (SSRIs) or serotonin-norepinephrine reuptake inhibitors (SNRIs). “These medicines affect the level of naturally occurring chemicals in the brain called serotonin and/or norepinephrine. The chemicals play a role in brain cell communication and affect how you feel. Only certain SSRIs and SNRIs are effective for PTSD symptoms,” according to the VA.

Where Can I Get Help for PTSD If I Am a Veteran?

If you are a veteran, or the loved one of one, who may be suffering from Post-Traumatic Stress Disorder, an excellent resource for information and help is the National Center for PTSD which is run by the Department of Veterans Administration. On the website you will find a wealth of helpful information about PTSD as well as how and where to get help if you are suffering from PTSD.

For more information, please join us for an upcoming FREE seminar. If you have additional questions about Veterans and PTSD, or about veterans benefits in general, contact a Bath veterans benefits attorney at the Law Office of Michael Robinson, P.C. by calling 585-374-5210 to schedule an appointment.