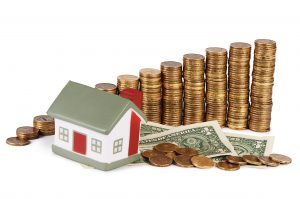 One of rock’s legends, singer-songwriter Tom Petty, died of an accidental drug overdose on October 2, 2017 at the age of 66. As is so often the case when a blended family is left behind, tension between his widow, Dana York Petty, and his two daughters from Petty’s prior marriage over the estate he left behind started to build shortly after his death. That tension has not abated in the intervening year and a half. On the contrary, it appears to have gotten worse. Tom Petty’s estate is yet another example of what can happen when a decedent fails to leave behind a comprehensive and clear estate plan.

The conflict between Petty’s widow and his daughter has been going on since shortly after his death; however, recent court filings indicate that the parties are now resorting to name calling. Dana calls the actions of Tom Petty’s daughters, Adria Robin Petty and Annakim Violette, “abusive” and “erratic”  while they accuse Dana of “gross mismanagement” costing them $5 million or more.

What Are They Fighting Over?

In a nutshell – intellectual property rights. Dana’s latest court petition explains, in great detail, the history of the dispute that followed Petty’s death. In general, however, it centers around who will control Petty’s intellectual property rights, including the marketing rights to his name and image, royalties, and artistic creations. Although there are no official figures indicating the estate’s value, some estimate Petty’s estate to be worth close to $100 million. Moreover, with artists such as Petty, the estate will likely earn royalties for decades to come.

For example, Dana chides Adria for wanting to authorize Petty’s name and likeness to be used for promotional products, such as salad dressing, akin to Paul Newman. She accuses both daughters of trying to lock her out of any say over how her late husband’s image, music, or other artistic properties are used, marketed, or managed. Adria and Annakim filed their own lawsuits against Dana. They allege that their father’s wishes, spelled out in the Thomas Early Petty Living Trust, could not be clearer.

The Trust appointed Dana as the sole Trustee, meaning she is responsible for managing the Trust assets, but the Trust agreement also required her to transfer the artistic properties into a new limited liability company, or LLC. The Trust further directed that Dana, Adria and Annakim “shall be entitled to participate equally in the management of the Artistic Property Entity.” The daughters claim that the Trust contained a six-month time limit for the transfer, which passed long ago.

The primary dispute, however, appears to be over the meaning of “participate equally.” Not surprisingly, the two daughters claim it means all three get to vote and the majority rules. This would mean that the daughters could outvote and override Dana’s wishes whenever they want. Dana, on the other hand, proposes that the LLC should be managed by a professional manager, Larry Jenkins.

Adria and Annakim’s lawyers recently filed a lawsuit against Dana and several others, including Jenkins. They accuse Dana, Jenkins and the other defendants of stealing Tom Petty’s intellectual property, usurping corporate opportunities, breach of fiduciary duty, unfair competition, and conspiring to interfere with prospective economic advantages. Dana’s attorney calls this new lawsuit to be frivolous and “destructive nonsense”.

In the meantime, Tom Petty fans are the real losers because the litigation is causing a new album with unreleased music to be delayed.

This year marks the 25th anniversary of Petty’s most successful solo album, Wildflowers. A “treasure trove” of Tom Petty recordings from original album sessions are to be released on a planned commemorative album, called Wildflowers – All The Rest, as part of a new box set.

Dana says that Warner Bros. Records has already offered an advance of around one million dollars for the release, before serious negotiations have begun. But, she claims, Adria won’t agree. To support her position, Dana’s latest court filings include pages of detailed text messages and other communications sent between Adria and Dana.

Adria and her legal team have not yet responded to Dana’s most recent court papers, but her position is clear from the recent Complaint that seeks more than $5 million in damages against Dana and the other defendants. She and her sister allege that Dana, not them, has cost valuable business opportunities to be lost, usurping lucrative deals for herself. Dana vehemently denies the charges.

While the most valuable part of this – Petty’s artistic and intellectual properties – are to be divided in equal thirds for the benefit of his spouse and two daughters, their inability to reach a consensus on how to manage these assets means that none of them are likely to benefit from this anytime soon. Instead, Tom Petty’s legacy may be forever tarnished by his family’s battle over his Trust.

What Can We Learn from Tom Petty’s Estate?

Of course, it is always easy to criticize in hindsight; however, it seems clear that in this case, the trust language could have been – and should have been – more clear. Had the terms of the trust defined the word “participate,” the estate might not be mired in litigation. Moreover, Petty could have dictated that a professional manager be hired to oversee the licensing of his intellectual property rights. The lesson to be learned from Petty’s estate battle is that you can never include too much direction and clarification when creating a trust because once you are gone you cannot explain anything vague or contradictory in the trust agreement.

For more information, please join us for an upcoming FREE seminar. If you have questions or concerns about your own estate plan, contact the Bath estate planning attorneys at the Law Office of Michael Robinson, P.C. by calling 585-374-5210 to schedule an appointment.