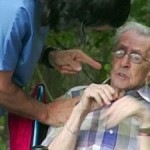 Even though a lot of Americans are aware that elder abuse is a growing problem, few of them realize just how big a problem it is becoming. Well-known senior citizens such as actor Mickey Rooney and author Harper Lee have become the public face of elder abuse because their struggles have become widely publicized. These celebrities have suffered at the hands of close advisers and family members, experiencing physical, emotional, and financial abuse of one type or another. Because Americans are becoming older and more and more of them join the ranks of senior citizens every year, the numbers behind elder abuse just keep going up.

According to a study performed several years ago, it’s estimated that financial elder abuse results in over $2.5 billion a year in losses. However, that same report showed that only about one out of every six situations where a person is financially abusing a senior citizen ever get reported. Part of the reporting problem results from many seniors who are reluctant to seek help, especially when they learn they’ve been victimized. Seniors often feel embarrassed that they’ve been targeted by family members or identity thieves seeking to take advantage of them. Even if they’ve suffered a significant financial loss, a senior citizen who has been victimized by financial elder abuse may keep it a secret.

According to the National Center on Elder Abuse, Bureau of Justice Statistics, there were nearly 6,000,000 reported cases of elder abuse in 2010 alone. That amounts to almost one out of every 10 senior citizens being victimized by some kind of abuse.

The statistics also show that the median age of a senior citizen who is subject to abuse is about 78. Women are abused far more often than men, with over 67% of all the elder abuse victims being female. The abusive situations typically arise at the hands of spouses or adult children, a scenario accounting for 66% of all the cases of elder abuse every year.

Further, 36% of all the nursing home or elder care facilities in the country have had at least one violation of elder abuse laws. 91% of the facilities don’t have enough staff to adequately care for patients, a number that can often lead to abusive situations.