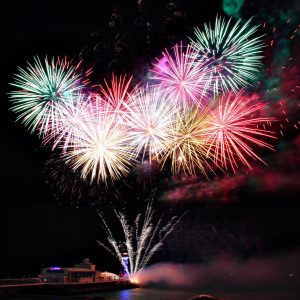 Earlier this year, Caring.com conducted a survey in an effort to get a feel for the estate planning preparedness of American adults. Unfortunately, the results were not encouraging.

While 76% of people that responded said that they understood why estate planning is important, only 40% of these people actually had plans in place. As you might imagine, older people are more prepared than younger adults, but the statistics for those that are getting up in years are quite surprising.

Only 18% of millennials have executed last wills, and the number goes up to 34% for individuals that are between 35 and 44 years of age. Just under 40% of Americans that are between 45 and 54 have made preparations.

The figure that is most eye-catching applies to the preparedness of people that are 65 years of age and older. Only two out of three senior citizens have wills or trusts according to this survey.

Procrastination is the Leading Culprit

Why do people fail to take action to prepare for something that is definitely going to happen to all of us eventually? The survey asked respondents that were not prepared why they did not have a will, and there were several different reasons cited.

Just over 3% of people said that it takes too long to set up an estate plan, and 5.4% stated that they had no one to leave their assets to. Almost 7% said that they didn’t know how to begin, and the same percentage failed to take action because they thought it was too expensive.

Over 54% of the people that were participating stated that they intended to take care of it, but they simply had not gotten around to it. Clearly, procrastination is the leading cause of a lack of preparation.

If you are one of the procrastinators, action is definitely required. While it is true that you may have time to get around to it later on, as you can see from these statistics, a significant percentage of senior citizens are still keeping the task on the back burner.

Aside from sheer procrastination, the other reasons why people are failing to act are really not valid. When it comes to having no idea where to begin, all you have to do is contact our firm and you will immediately be on the right track.

Cost concerns can be set aside, because clients often tell us that our fees are surprisingly affordable considering the level of attention that we provide.

With regard to having no one to leave assets to, if you die without a will, the state will ultimately distribute your resources using the intestate succession laws of the state of New York. Your next of kin would inherit your resources, and if you have no blood relatives still living, the state would absorb your assets.

Just about everyone has a friend or acquaintance of some type, and short of this, you could leave your assets to a charitable organization that could put them to good use. Plus, a well-constructed estate plan will include an incapacity planning component, so there is a facet that has nothing to do with monetary matters.

We Are Here to Help!

If you are ready to put the procrastination behind you in 2020, our doors are open. You can send us a message to request a consultation appointment, and we can be reached by phone at 585-374-5210.