A Rochester elder law attorney provides advice and assistance to people who want to plan ahead for end of life issues. When you are still in good health, you need to think about what could happen if you got sick or badly hurt. Would you want to receive extraordinary medical care? Would you want your life saved if you had no quality of life? Would you want medical treatments to prolong your life if you had a terminal illness and were in pain? 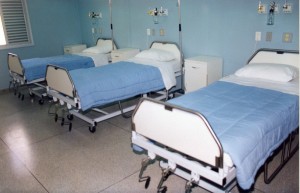 These are just some of many questions which need to be answered as you create a plan for your future.   End of life issues must be treated with compassion and sensitivity, and patients must be allowed to go through their own dying process. For many patients, one of the most important parts of this process is the vidid dreams they have towards the end of their life.

Understanding the Dreams of the Dying

According to the New York Times: “For thousands of years, the dreams and visions of the dying have captivated cultures, which imbued them with sacred import.” Dreams of the dying have been written about, studied, interpreted by mental health experts, and noted by medical professionals. The utterances of dying people, called dying declarations, are given such deference that there is an exception to standard court rules of evidence to allow a person’s dying words to be admitted in court, even though this would normally be hearsay.

Despite the mystique, the dreams of the dying have also caused confusion among experts as to the cause or purpose of the visions that people have near the end of their lives. A team of researchers and clinicians are now trying to better understand the importance that dreams can play in facilitating a “good death” both for patients and family members.

In the initial study conducted, researchers interviewed 59 terminally ill patients who were in hospice care. Almost every patient reported having visions or dreams. In most cases, the dreams that the patients had were comforting. One in five of the dreams caused distress, and the remainder of the dreams were described as being neutral.

Dreams could be broadly divided into different categories, with some people seeing loved ones waiting for them, or seeing unfinished business, or being reassured they had been good parents, good workers, and good children. One man told researchers that the invisible infant his dying wife was cradling was likely a stillborn child who had been the couple’s first child.

Dreams generally tend to increase the closer that a patient gets to his death. In the days and weeks just before death, dreams also tend to be more filled with people who have already passed on rather than with people who are still alive. In some cases, patients are not able to tell if they are dreaming or if they are awake. The researchers hope to find out why this phenomenon of dreaming occurs in the dying.

As many as 85 percent of people in hospice care suffer from delirium, which can be caused by metastases of cancer to the brain, fever, and body chemistry changes that distort circadian rhythms. While some medical professionals believe that this delirium causes the dreams to occur, others believe that end-of-life dreams aren’t a product of delirium because delirious patients cannot provide a coherent narrative of events in the dream or interact with others. Many of the dying who have vivid dreams at the end of their life are able to do these things.

Some speculate the dreams are caused by uncertainty and fear. People who are dying have the dreams because they are scared about what will happen. The dreams could be reassuring and could be a part of the process of coming to terms with death.

By better understanding dreams, and helping doctors to understand the function of these dreams, the end of life process could be improved. For example, sedating patients or using more invasive medical treatment could cause patients to be unable to dream and could interrupt their dying process. On the other hand, if the end-of-life dreams are causing patients to relive trauma, rather than proving a comfort, administering drugs may be beneficial. Doctors need to know more about the dreams to determine what approach to take.

How an Elder Law Attorney Can Help

You can ensure you provide comprehensive instructions about what kinds of care you get when you are at the end of your life. The Rochester, NY elder law attorneys at The Law Office of Michael Robinson, P.C. can help you to use an advanced directive and to name a healthcare power of attorney to ensure your decisions are respected. Give us a call at 585-374-5210 or contact us online to learn more.