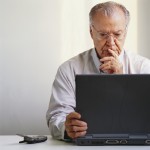 One common question that many people have is how they can make sure their digital information or material they have stored on their computer will not get lost after they are gone. Some people, for example, say that they have written their own digital will and want to use that as their last will and testament.

Even though information technology, personal computers, and the Internet have changed the way we live our daily lives, the law is not exactly up-to-date when it comes to the role these tools play in our lives. Making your estate plan is something you have to do in consideration of the laws of the state in which you live. In the state of New York, for example, there are specific limitations about how people can make their wills, and using digital wills is not currently allowed.

When you make a last will and testament in New York, you have to write down your wishes in a document, sign it, and then have it signed by two adult witnesses. In very limited circumstances you can create a handwritten or even an oral will, but the laws that apply to these devices is so restrictive that they are practically never used.

The most common method people create a will in New York is by sitting down with an attorney, expressing their desires, and then having the attorney draft the appropriate document.  After reviewing it, the person making it will then sign it in the presence of two witnesses, who will then also sign.

When it comes to your will and your computer, there is no New York law or court ruling that recognizes digital wills or electronic version of a will. In at least one state, Nevada, lawmakers have adopted legislation that allows people to make wills that exist entirely in an electronic format, and in at least one other state, Ohio, a court has held that electronic or digital wills are legally valid.

However, the state of New York does not recognize digital wills, and you should not rely on any computer document you have made as your last will and testament.

Earlier this year, Google announced that it was going to provide a “digital will” option to its users interested in preserving their digital information. Users who have Gmail accounts or other Google-related digital assets could use the digital will to determine what they want to happen to the information stored on Google servers after they died.

Though Google’s digital will service is helpful to Google users, anyone who has information stored on their computer, or who has digital assets, needs to consider a digital estate plan. These plans allow you to direct what happens to your electronic information after you are gone.