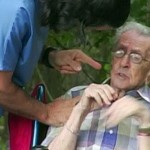 Elder abuse is becoming a more and more significant problem in the country as millions of seniors become victimized every year. Recently, representatives of celebrated Pulitzer Prize-winning author of “To Kill a Mockingbird,” Harper Lee, filed a lawsuit in a Manhattan courtroom claiming that she too had become a victim of financial elder abuse.

The lawsuit filed on her behalf claims that the abuse comes from the hands of Samuel Pinkus, Lee’s former literary agent. The son-in-law of one of Lee’s closest friends, Pinkus apparently tricked Lee into signing over the rights to royalties from her best-selling book after she suffered a stroke in 2007.

“To Kill a Mockingbird,” even though originally published in 1960, continues to be one of the best-selling books of all time. In its lifetime it has sold more than 30 million copies, and continues to sell almost 750,000 copies each year. When Lee signed over the rights to the royalties from the book, she effectively transferred an income of $1.5 million per year to Pinkus.

The lawsuit alleges that Pinkus used his position as Lee’s literary agent to take advantage of her to his own personal advantage. Lee lives in a assisted living facility in Monroeville, Alabama, a town she has lived in for decades. She is mostly blind, and apparently has no memory of transferring her royalty or copyrights to Pinkus.

Stories like those told in the Lee lawsuit are becoming unfortunately common across America.  As the generation of baby boomers begins transitioning into old age, more and more people seek to take advantage of the elderly for their own gain.

The AARP reports that seniors lose billions of dollars every year to con artists and scammers seeking to take advantage of them.

Seniors often rely on old habits, many of which make them prime targets for identity theft. For example, many seniors prefer to use checks instead of debit or credit cards because they’ve been using them for decades. Unfortunately, checks contain vital information that many con artists can use to commit financial fraud.

Additionally, when seniors learn that they’ve been victimized by financial elder abuse, they are often reluctant to report it because they feel ashamed or embarrassed. Not only that, but many people are victimized by those closest to them, such as their adult children, or even their spouses. In such situations reporting suspected financial abuse is incredibly difficult.

Seniors worried that they might one day be victimized by elder abuse don’t have to live in fear. You can contact an elder law attorney in your area to develop a plan that will protect your interests as you age. Waiting too long to protect yourself against potential elder abuse can be a serious mistake.